You don't need an app for that 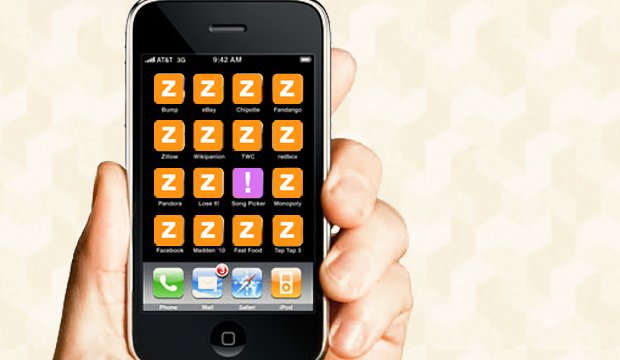 Mobile apps are literally everywhere and more keep coming every day.  30 billion copies have been downloaded from the Apple Store and 15 billion from Google Play (Android).  But there's a lot of evidence that this ocean of apps, while a mile wide, is only an inch deep.

According to a study released in June by Localytics, one out of every four apps downloaded is used just once, and these are the apps lucky enough to have been downloaded at all.

At the other end of the spectrum, about 35% of apps are used more than 10 times, but these apps fall into distinct categories which hint at how people use their mobile devices.  An informal survey of my Twitter followers recently echoed broader statistics on the type of apps people use the most:

That last category varies depending on the individual.  My mother in law likes Chirp! (birdwatching); a designer friend has a hankering for WhatTheFont; while I find Ultimate Guitar Tabs handy (though the name and branding are a bit over the top, IMHO).

What does this mean for museums?  As you can see, most museum mobile apps will fall into the last of the categories above.  So unless your app resonates strongly with your core audience, it's not likely to be downloaded, let alone used frequently.

When are people most likely to be made aware of a museum's mobile app?  When they visit the museum, of course.  In the overwhelming number of cases, folks will download your app - if they are interested in supplementing their in-gallery experience.  Afterwards, however, most museum apps for tours and exhibits are quickly forgotten, and an opportunity to build digital engagement is lost.

Native apps, developed specifically for the iOS and Android marketplaces, are very expensive to build.  There are 3,997 different Android devices on the market; your development team will need to test for many of them, and you'll need to upgrade them each time the platform is updated.  That takes time and a hefty budget.

Metcalfe's Law is also working against native apps.  In the long run, the network effect, economics and usage patterns will work against closed app marketplaces and in favor of web-based apps. Eventually, the user experience of HTML5 apps will also catch up.

So, when considering building an app for your museum exhibit or mobile tour, your strategy should be to think of the web first.

If you do decide to build a native app for your museum, it's essential for you to consider:

Really, though, you don't even "need an app for that".  Your (mobile) website can do the job just fine.  The development costs are significantly lower.  Unlike an app, your website is always up to date (no "download the latest version" to worry about with your visitors).  And your site will be around for a long, long time.

So if you're considering an app to support an exhibit or your museum's collection, a web-based "app" running on your website could do the job in most cases, and repeat usage is less of a concern.

Finally, whether a museum app is web-based or native, the name of the game is engagement.  Do people use it?  In a perfect world, do they find it fun?

The best museum app I've seen by far is MEanderthal, developed for the Smithsonian in support of an exhibit on human ancestry.  I love it because it does so many things well.  You take a picture of someone and morph them into their "inner Neanderthal".

I downloaded it during a family trip to the Smithsonian in April 2011.  Since then, I can't tell you how many times I've used it to joke around at get-togethers.  My kids have even turned the family pet into a (psychotic) Neanderthal cat.

The app is easy to understand and use, it's a great ice-breaker, it's fun and game-like, and at the same time it offers a subtle reminder of how we've all been transformed from early humans into the Homo Sapiens of today - the point of the exhibit.  Every time the app is used a person is digitally engaged with the Smithsonian.

MEanderthal is a great template to use when considering developing your own museum mobile app experience.  Are there others you've seen?  The comments are now open... 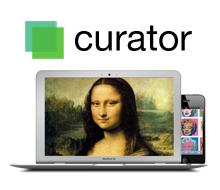